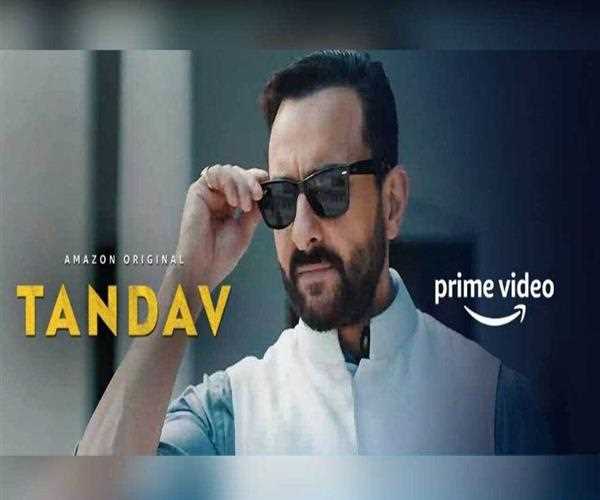 A web series called Tandava has been released today on Amazon Prime Video. People had been waiting for this web series for quite some time. Prime Video has carved a distinct identity in the entertainment world over the last few years. As we all know that people in India like watching movies very much. But ever since the corona epidemic has spread, there has been a big change in people. During the lock-down when theatres across the world were locked, people started to entertain themselves with the help of online platforms. And now people have moved to the online platform.

Instead of going to theatres, people can now easily sit in their homes and entertain themselves. Online entertainment platform Netflix, Amazon Prime Video, YouTube has a huge impact in changing the mind-set of the people. Just like people used to wait for the release of films of big movie superstars earlier, now people are waiting for the web series. Hindi web series like Mirzapur, Family Man, and Panchayat were loved by the audience. You will find all these web series on Amazon Prime Video. You can enjoy all these web series online anytime.

Let us talk about Tandava. This series is considered to be very high profile. Looking at the series' Star cast, it would not be wrong to say that this web series will prove to be a super hit on the online platform. Bollywood's well-known actor Saif Ali Khan is playing the lead role in Tandava. Apart from him, stars like Dimple Kapadia, Kritika Kamra, Sunil Grover, Tigmanshu Dhulia, Mohammed Zeeshan will be seen in this upcoming web series. The star cast of the web series is certainly increasing the enthusiasm among people.

Today i.e. on 5 January 2021, Tandava has been released on Amazon Prime Video. Users who have a subscription to Prime Video can enjoy the web series. As we told you, the web series is mainly inspired by India's political activities. Producers of Tandava believe that young generation is going to like it a lot. It will be interesting to see how the web series will be able to make a place in the hearts of people.

I am looking for a career in the field of content writing and I think mindstick is best platform for me to kick off. I have completed my graduation in the year 2020 from Ewing Christian college, an autonomous college of Allahabad University. During my graduation period I started to explore my hobbies and I found that content writing is the one which I enjoy most. So I decided to take up content writing as my profession as of now.