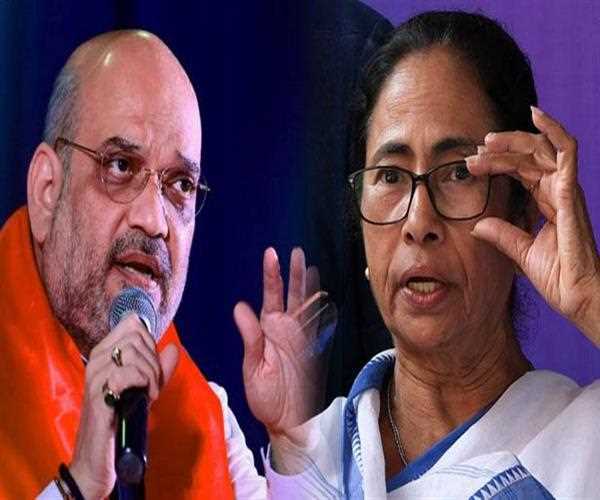 West Bengal Assembly polls are about 5 months away but the largest party of world; BJP has started its campaign in the Bangla speaking state. Giants of BJP like Home Minister Amit shah has already started his political rallies, road shows and public meetings. It is now a two party fight between the BJP and the ruling TMC. While other parties like Congress and left are looking for a space in public. Sources says that Congress will fight the forthcoming Vidhan sabha elections of west Bengal with the Left parties, who ruled the state for a decade before the current ruling TMC.

Ruling TMC is banking on the Image of Mamata while BJP has deployed its National President JP Nadda and Union Home Minister Amit shah and other Cabinet ministers. Mamata has been a strong opponent for BJP in Lokasabha elections of 2019 as well, it will be inevitable to see the rift between the TMC and BJP.

The socio political environment of the state is claimed to be violent by the Governor, as per reports of political killing are taking place in 24 North Pargana, Diamond Harbor, Kolkata and other parts of the state as well. Both the ruling Party TMC and its challenger in upcoming elections put the blame on each other for the killings of their political workers in the state. BJP claims that they have lost more than 100 workers in rift with TMC goons and the CM Mamata replies to it as “BJP is lying , they count accidents and natural deaths in as political killings.” Well what’s the fact we can’t understand until we get the FIR copies or Police reaction. BJP blames the ruling Govt of politicising the administration and police of the state, and they demand the investigation of the workers died, to be made by central investigative agencies. Not just this BJP alleges the West Bengal govt for allowing the Rohingyas to enter the state and providing them the facilities of citizen, so that they can vote in the elections. At the same time Mamata Banarjee opposes the central government’s plan of CAA & NRC which leaves a question mark on the objective of the state govt, Central govt portrays CAA & NRC as shield for National security and Cm Mamata opposes it along with other bills and schemes like new Farm bills, Aayushman Bharat and Kisan Samman Nidhi.

In last few days many of the MLA’s left TMC and shifted towards BJP, one of them is Shivendu Adhikari. Shivendu played a major role in shifting the power from Left to TMC in 2011 assembly elections of the state. The Singur Andolan of West Bengal made him a peoples Leader, minister and the political adviser to CM Mamata.

For the upcoming election, BJP has deployed groups of IITians, Doctors and Advocates to meet people and provide their feedback about the ruling govt. This unit of intellectuals was formed in 2018 which consists of more than 10,000 members. The objective of creating the group is to reach more and more people in general elections of 2019. In Loksabha elections of 2019 BJP made massive gains in the state winning 18 seats. The state ruling TMC won 22 seats of Loksabha compared to 34 it had won in the general elections of 2014.

In the political space of west Bengal the elections will take place on 294 seats, where BJP’s Shah has claimed to secure more than 200 seats and the current structure of Assembly is just opposite TMC is the largest party with majority of seats (210+) .Political strategist Prashant Kishore who is working for Mamata in the upcoming assembly election has made a public appearance after a long time and challenged BJP of getting the seats in two digit.Well the time will show who will get then magic number and form the Government.