Home > DeveloperSection > Articles > The Curious Case of Bihar Elections in 2020 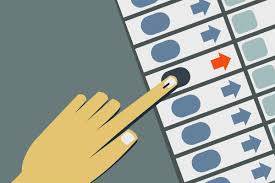 The Curious Case of Bihar Elections in 2020

The elections in India have always been a complex phenomenon due to its intricate nature, massive population, and political agendas. They give way to controversies and unrealistic approaches backed by believable content and extraordinary promises. The year 2020 marked Bihar’s election and will decide the fate of Nitish Kumar and his ability to retain the position for the fourth consecutive term.

The electoral fate of JD(U) led NDA and RJD led UPA will be decided by the second phase of the Bihar Assembly Election. In the initial phase of the election, the turnouts of the voter broke all records, even though there was a persistent threat of SARS COV 2 (Covid 19). It was discernable that the threat triggered no fear whatsoever to the voters who were present to exercise their rights in order to elect the next government of the state.

This was the first major occurrence in the form of elections after the threat of Covid 19 established its emergence in the country. This led to an increased poll time by an hour to allow and permit the suspected cases of patients to exercise their rights in the concluding hours.

BJP had in its manifesto for Bihar assembly polls promised free Covid 19 Vaccine once it obtains clearance from The Indian Council of Medical Research (ICMR). Upon this declaration, RTI activist Mr Gokhale filed a complaint stating that it was a misuse of power by the Central Government. However, the Election Commission cited guidelines of Model Code of Conduct and concluded that there was no violation of provisions and the promise was not a misuse of power.

Bihar Chief Minister Nitish Kumar without naming RJD Chief Lalu Prasad requested people to not get misled by the people who installed their wife after going to jail but eventually do nothing for the welfare of woman and backward classes. He also gave credit to his party in the development of Bihar due to the progress of woman in the State, by commencing the Bihar Rural Livelihoods Projects (BRLP) after taking loan from the World Bank to expand woman empowerment.

In another occurrence, Congress leader Shashi Tharoor said that Congress, in trying to become BJP lite may eventually become Congress Zero, if the principle and practice secularism is removed and not followed properly.

In another case Prime Minister Narendra Modi accused Congress of ignoring the contributions and appeals of the first Home Minister Sardar Vallabhbhai Patel and emphasizing only on the family vicinity of the party. Over this the Congress gave a reply as how they organized a Satyagrah on the birth anniversary og the first Home minister.

All of these incidents are paving way for more details after the occurrence of the second phase of the elections on November 03rd, 2020.

Exploring new ideas and inculcating changes to bring development in me as well as society. I have always been fond of education, commerce and finance and have been an active participant in national, international conferences and workshops.