Home > DeveloperSection > Articles > Is it dangerous to carry a bottle of water in the car? 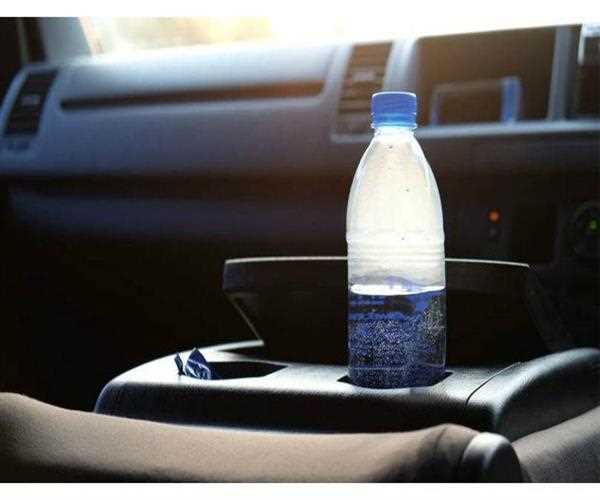 Is it dangerous to carry a bottle of water in the car?

As every year, during the months of July and August, there are thousands of trips by car to enjoy the long-awaited summer holidays. As these are the hottest months of the year, the General Directorate of Traffic (DGT) recommends carrying a bottle of water when traveling to be well hydrated, since water, in addition to helping us fight thirst, can increase our driving safety. And it is that according to the study 'Dehydration and Driving' of the University of Loughborough (United Kingdom), driving without being well hydrated can cause dizziness, fatigue, loss of concentration, headache, and drowsiness in the driver, so it can increase up to 60% the possibility of suffering a traffic accident.

However, in some situations, a simple bottle of water can become a danger if it is not carried correctly in the passenger compartment, so then we will tell you with the help of the Ocasión Plus car sale portal what are the risks of carrying a bottle of water in the car in summer and you can buy used cars in japan online.

We already talked to you about the elephant effect in a previous article, but as a summary, you should know that carrying loose objects inside the cabin of the car, such as a bottle of water, is a great danger, since moving an object can multiply between 55 and 60 times the value of its mass. Therefore, faced with a sudden stop at 60 kilometers per hour, a bottle of water that weighs one kilo would have a force equivalent to 60 kilograms. To prevent the bottle from moving when traveling, it is best to carry it in a compartment such as a glove compartment or the car cup holder. 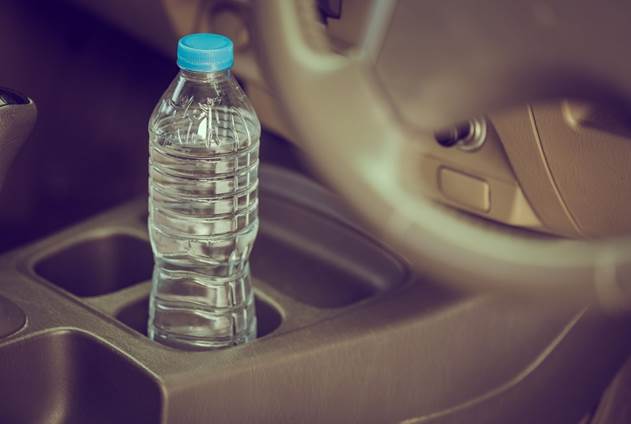 A full bottle on the floor of the car rolls with the movement so that it can reach the driver's position and interfere with the pedals, blocking them and causing a great scare at best, or loss of control of the vehicle in the worst situation.

FINE FOR DRINKING WHILE DRIVING

The action of drinking water while driving is not included as such in the General Traffic Regulations; However, if a traffic officer considers that he is putting your safety and that of the rest of the road users at risk, he can sanction you with a fine of 80 euros. Keep in mind that when you pick up the bottle, you take one hand off the wheel and look away from the road for about 4 seconds, long enough to travel 113 meters blindly if you are traveling at a speed of 100 kilometers per hour.

Dangers after the trip

During the hottest months of the year, the interior of the vehicle can reach temperatures of more than 50 degrees in a few minutes, so that any microorganisms that have come into contact with the water in the bottle can quickly reproduce. Therefore, if a bottle has been exposed to the sun inside the cabin, it is best not to drink it to avoid any type of infection. It is also not advisable to fill a plastic bottle that has been in the car for a long time since it can also contain certain germs.

Although it is difficult to pass, you should know that the plastic in a bottle can produce a magnifying effect on a flammable material in the car, such as upholstery or floor mats. For this to occur, the bottle must be round, the sun's energy must be concentrated at a single point, and light must pass through it and the water at right angles. Although, as we have mentioned before, it is difficult for this to generate fire, it could cause holes in the upholstery, since the exact point where the light passes can exceed a temperature of up to 400 degrees.

Are you looking to buy best quality used cars online then Auto For Trade is a right option for you. We deal in used cars worldwide to offer best solutions for your car needs at affordable & cheap price.