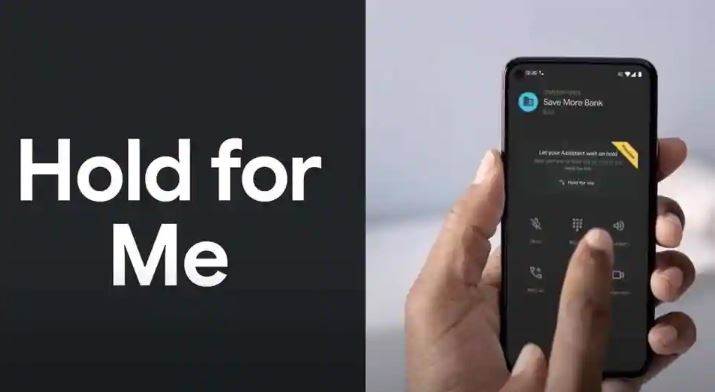 Google has introduced a new feature 'Hold for Me' during its 'launch night in' event. With the help of this feature, people will get rid of annoying hold call time while talking to appointments, reservations or customer care.

The Hold for Me feature has been debuted in Pixel 5 and Pixel 4A 5G smartphones through Google Assistant. Soon it will be launched in other devices as well.

Earlier, Google also introduced the screen calling facility with the duplex feature (due to launch). It helps in appointments and restaurant reservations on the phone. Last month the tech giant also updated its assistant-based calling feature with verified calls. It finds out who is calling.

During the launch event, Google showcased the Whole for Me feature on the Pixel 5 device. During its offer, the company said that this option can be activated through a new button. Which will appear on the phone screen above the call-mute, speaker-button and other in-call control options.

The Hold for Me feature can be used when you have called a toll-free number or customer care number and your call has been placed on hold. Then this feature will monitor the call through Google Assistant and you can do other work.

As soon as someone picks up the phone, the assistant will give you a notification about it. Also, it will also ask the representative to be on hold for a few seconds.

Another special feature of this feature is that while monitoring and processing the call, it will also save the recordings in the device and delete it after 48 hours. Along with this, it will also give you a permission-based option to share audio with Google for quality control.