A Comprehensive Guide to Medical Cannabis

However, the vast majority of them didn't grow the plant to use it as a hallucinogen.

This plant was originally evolved in Central Asia before people brought it into Africa, Europe and, in the end, the Americas. It was used to manufacture clothing, paper, sails, and rope. The seeds of cannabis were used as food. In the end, it was easy to cultivate it. Humans would usually dry cannabis and cure it so it could stay healthy, and it's a fast-growing plant so no one saw a problem with it.

We have to mention that these early hemp plants had extremely low levels of THC, the chemical that is responsible for those hallucinogenic properties. There is some evidence that those ancient cultures knew about the psychoactive properties of this plant, and they may have cultivated some strains of this plant with higher levels of THC to use them in religious ceremonies or some healing practices.

Furthermore, in the 1830s, Sir William Brooke O'Shaughnessy, an Irish doctor, found that cannabis could help lessen stomach pain and vomiting in people that were suffering from cholera. By the end of the 19th century, pharmacies sold cannabis extracts and doctors throughout the world treated stomach problems and other diseases with this plant.

The list of ancient civilizations that used cannabis goes on and on, and none of them went so far to ban it.

But why did society ban marijuana?

To understand this we have to go back to what was happening in the U.S. in the early 1900s. That was right after the Mexican Revolution. Migrants started coming in from Mexico into the U.S. and they (naturally) brought their language, culture, and customs. One of those customs was the use of cannabis as a medicine. Authorities used this little detail to control the Mexican population because of the massive unemployment and social unrest during this period. The other thing is the "politicization" of the entire problem.

Up until 1928 cannabis was legal around the entire planet. However, one man, Henry Anslinger decided to singlehandedly take down the entire industry of medical marijuana. He had not been active in this process up until 1930, or around that time. Before this period, Anslinger was busy with alcohol prohibition and didn't have anything against cannabis. His critics said that he didn't change his mind because of some objective and clear evidence but some self-interest due to the danger of losing his job. The department he was the head of had been slowly becoming obsolete when alcohol prohibition ceased. He and his department needed a new enemy and he found one in cannabis.

That is what left the most lasting and damaging marks on the reputation of cannabis.

Marijuana was banned in 1937 with the Marijuana Tax Act and that was the beginning of marijuana's criminalization. The rest of the world did the same thing shortly after. But was that a mistake?

What You Need to Know About Medical Marijuana

In spite of those laws, more than half of U.S. states and the District of Columbia have legalized medical marijuana in one form or another. Starting with California in 1996. And even though people have been using marijuana to treat all kinds of diseases, the FDA has only approved it for the treatment of two rare and dangerous forms of epilepsy, Dravet Syndrome and Lennox-Gastaut syndrome. 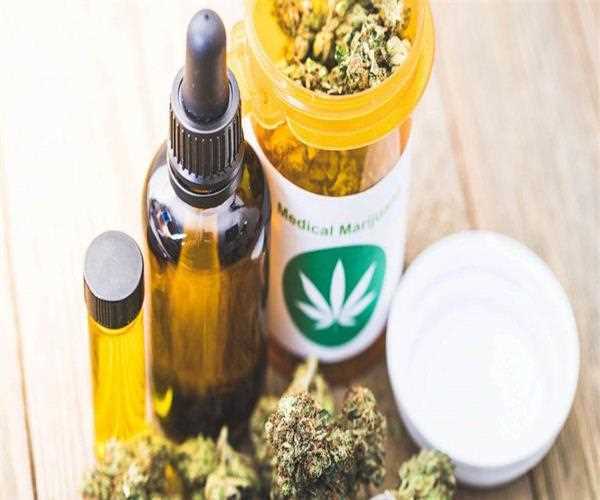 It's difficult to research something when it's against the law. Marijuana is considered a Schedule I drug - at the same level as heroin, LSD, and ecstasy. But, medical marijuana is not an authentic marijuana. Medical marijuana is grown from pure, uncut cannabis indica plant. The mind-altering properties are taken from these plants and used as a medicine. Sometimes, the plants as a whole are used and not just certain elements of it, but just for certain health problems.

And although there are more than 100 chemicals in marijuana, only two of those are used to make medicines - THC (tetrahydrocannabinol) and CBD (cannabidiol). The larger the concentration of the THC is, the more hallucinogenic the marijuana will be. Any strain of weed that comes in at over 18% THC will induce certain conditions like an altered sense of time and space, increased heart rate, dry mouth, bad motor skills, etc. However, cannabis will not make you see "visions" the way LSD, mushrooms or DMT can.

What is Medical Marijuana Good For?

It's very difficult to write anything about marijuana these days. It is an old story, and it's at the same time a brand new thing for a huge number of people. Some have been smoking joints, buying CBD creams, and sipping cannabis-based tinctures for years, and on the other hand, others are only getting up to speed with recreational marijuana. The main problem is that marijuana is still illegal in most countries. 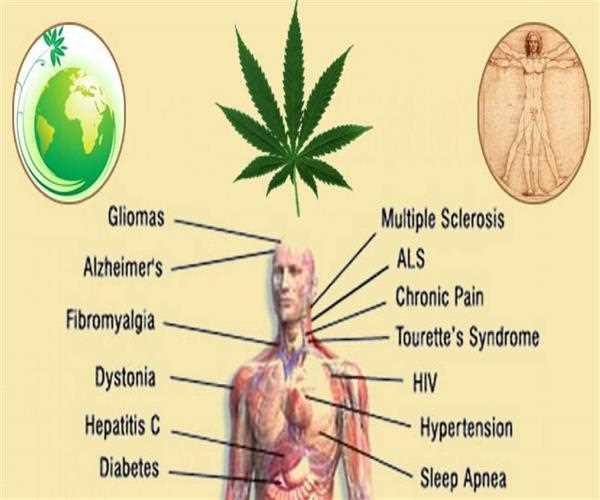 There is both, a huge number of great websites that offer online information on cannabis products and a near-total lack of the kind of information we may consider most reliable for health-related products. We can't find any good clinical trials, no FDA approvals, or any guidelines from medical societies. However, from what we know, medical marijuana is used to treat several conditions like:

These and eighty other conditions (unofficially), but the problem is that it hasn't yet been proven (scientifically) that it can help. With few exceptions, of course.

In 2017, a National Academy of Medicine discussed this subject and successfully drew around 100 conclusions. Only three were important.

“We found conclusive evidence that cannabis can reduce nausea and vomiting induced by chemotherapy.”;

"There is 'substantial' evidence that cannabis modestly reduces chronic pain. It’s not as strong as a narcotic pain reliever like an opiate, so it’s not as effective, but it may be more usable long term.'

At the moment this is not the case, not even in the states where it’s legal. The problem is that marijuana (any kind of marijuana) is still classified as a Schedule I controlled substance. This is why insurance companies are not allowed (and not willing) to add it to their list of covered drugs.

How Do You Consume Medical Marijuana?

Well, no one can tell you a specific way to take medical marijuana. It depends on your medical needs, your budget, and your physical abilities. You can:

Smoke it or vaporize it to feel the almost instant relief. You could use a smaller handheld pipe, water bong, or a joint. This is the cheapest option if you choose to smoke it. Vaporizing needs a machine called a "vaporizer". This is far more expensive than smoking.

The easiest way is to consume it with foods and drinks (brownies, smoothies, cookies, etc.). This way takes the longest to take effect.

By rubbing it to your skin with topical treatments, lotions and creams you can target one specific area of pain rather than inducing a full-body effect.

Droplets or sprays are the easiest to control. This option is the most effective one because especially if you are using small doses.

People generally don't like this option but there are certain medicines based on marijuana that are FDA-approved and are being used to ease symptoms like nausea and vomiting.

Amelia Atkins is an author at Smooth Decorator and a fresh architecture student. The love for architecture and design runs in her family and she knew what she wanted to do from a very young age. You can often find her with a notepad in hand, just looking at the clouds, dreaming about the next skyscraper.