Sylvester Stallone Views On Conor McGregor Having Stakes In UFC

Conor Anthony McGregor is a Mixed Martial Artist and formerly competed in the Ultimate Fighting Championship, Conor was born on July 14, 1988 in Crumlin, Dublin, Ireland. Conor Mcregor is known as “The Notorious” and is a Brown Belt in Brazilian Jiu-Jitsu. Conor has been active since 2008.

Conor MecGregor has an interesting history with the UFC, while right now his status for UFC is unknown, no one can deny that the notorious one is one of the best and most popular superstars to ever be a part of the UFC. 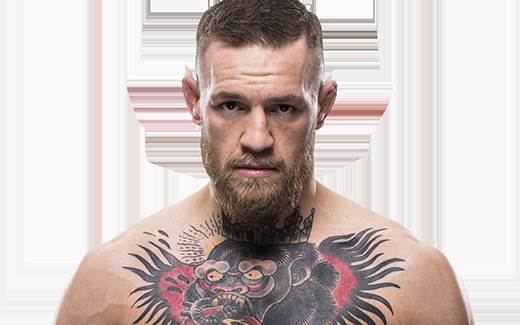 Conor McGregor announced his retirement from the UFC in March, but it was always supposed to be short lived, Mcgregor would eventually return to the ring. UFC president Dana White also gave away possible hints of The Notorious Ones return, Recently Conor McGregor’s return was much talked about, but Dana White explained that although he would love to see Conor back and would try to make it possible as of know no progress regarding his return has been made.

In latest UFC News Dana White has claimed that he would make McGregor an offer he won't be able to turn down, but Conor has always been looking to gain some equity stake in the UFC, Since the past 3-4 years all Conor has tried to do is get equity in the company. Although UFC President Dana White has always turned down his demands.
UFC News of Conor challenging actor Mark Wahlberg for a fight as he wanted to challenge him for his stakes in the company. Mark intelligently I might add, has not shown interest in a fight.
Conor McGregor’s net worth is around $110 million and if he would get stakes in the UFC, his net worth is bound to rise, Recently Actor Sylvester Stallone joined in on the topic, Sly said that he would of course give Conor some of his shares and that Conor absolutely deserves to own some part of the Ultimate Fighting Championship.
Conor would be excited to hear about this, and maybe it even urges him to come back and compete once again for the UFC. There has never been a bigger star than Conor in the UFC, if he was to come back and fight once again it would be beneficial for everyone including the UFC.
Whether he gets some stake in the company or not, it would certainly be interesting and exciting to see Conor once again fight. He has always desired of having a rematch against Khabib Nurmagomedov.
Khabib and Conor competed at UFC 229, which resulted in a loss for Conor, and he hasn’t competed ever since. Conor wants to come back to the UFC and Dana White wants him back so it would probably not be long before we see The Notorious One back fighting but whether he gets some UFC shares this time around remains to be seen.
But with Rocky Balboa himself backing Conor, it might just be possible for Conor to get what he has always wanted.
Modified On Nov-29-2019 08:39:28 PM