Home > DeveloperSection > Articles > 5 Most Unique Statues In The World

5 Most Unique Statues In The World

The world is full of antiques. Statue plays a special role in it by existing from ancient times. There are many unique statues in the world here we are presenting a few of them with an interesting history.

1. The Lions of Delos 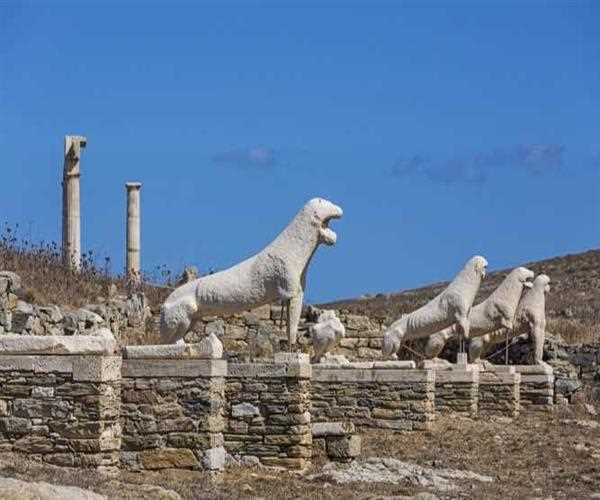 We start our journey in Greece, on an island that is part of the Cyclades archipelago. The island in question is called Delos and is small and elongated, lean, barren and 113 meters at its highest point. No fewer than 75 people live permanently on the island and their main duties are tourism, archeology and guarding the treasures that the island possesses. Delos is, according to the ancient Greeks, the birthplace of Apollo and Artemis, and therefore worthwhile to enrich with the necessary construction work!

On Delos, you can find the remains of an Apollo temple, but more importantly, you will find the number ten on our list: the Lions of Delos. At the edge of a Sacred Lake (which is nowadays dried out by the way) is a terrace with nine stone lions to symbolically defend the lake. Unfortunately, only five of those nine are left, and they are housed in the island museum to prevent further damage.

Two small interesting facts: although people talk about the lion terrace, in the strict sense they are actually lionesses since the images have no manes. The sixth lioness can be seen in Venice. 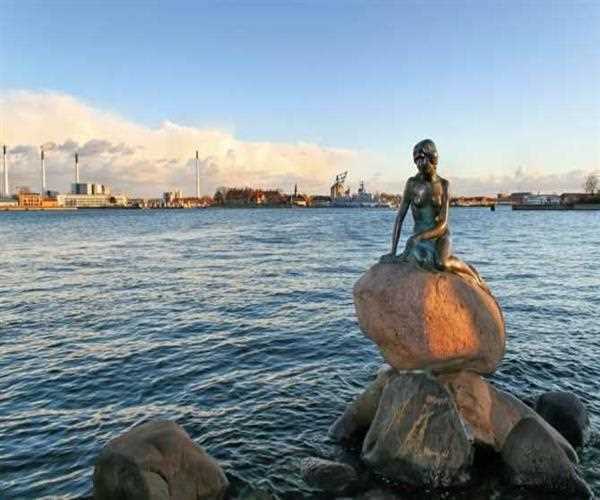 We take the boat to Denmark and arrive there in the capital Copenhagen, where a second famous statue can be seen. The Danes call it Den Lille Havfrue, in Dutch it is the little mermaid, and that is exactly what the image should portray, the fairy tale 'the little mermaid', by Hans Christian Andersen.

One was Jorgen Nash, who removed the head of the statue in 1964 as an artistic excess. Other, perhaps less artistic, abuses that the image had to endure include: being painted with bras, underpants and red hair (1961), broken right arm (1984), attempted (1990) and actual decapitation (1964, 1998) and be blown off the rock with explosives (2003). She is also dressed more often, including once with a burqa.

Yet the Danes are particularly attached to the image. When the Mermaid was transported to Shanghai in 2010 to be shown at the World Exhibition, many Danes reacted with great indignation. She belonged at home, in Copenhagen, and not somewhere on the other side of the world! 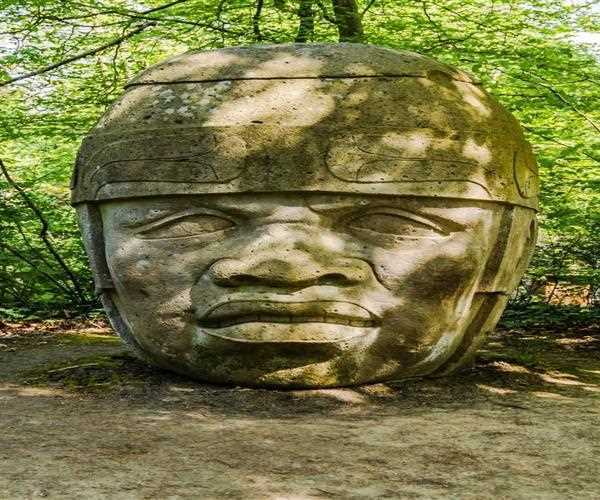 We are leaving Europe for a short trip to South America. The Olmec was a culture and group of people who lived in the tropical lowlands of southern Mexico (nowadays Veracruz and Tabasco). This culture flourished around 1400 BC to 400 BC, and its most impressive trail is the placement of giant helmeted stone heads. It is suspected that they may be portraits of leaders. Neither of the two heads is identical to each other, which suggests that these are indeed individual (important) persons.

How massive are they? Of the seventeen found heads that have been found, the format varies considerably, but the largest is no less than 3.4 meters high. So this head towers two people-lengths above us!

This reminds us of the important find of marble caesar statue. It was 1.8M long marble statue of Neptune(god of the sea). These heads also had to suffer from vandalism. In 2009, at least three people broke into the museum where the heads were kept, to perform an old pre-Columbian ritual on the heads (something with salt, grapefruit juice, and oil, a guaranteed combination to dissolve stones).

4. The Motherland is calling! 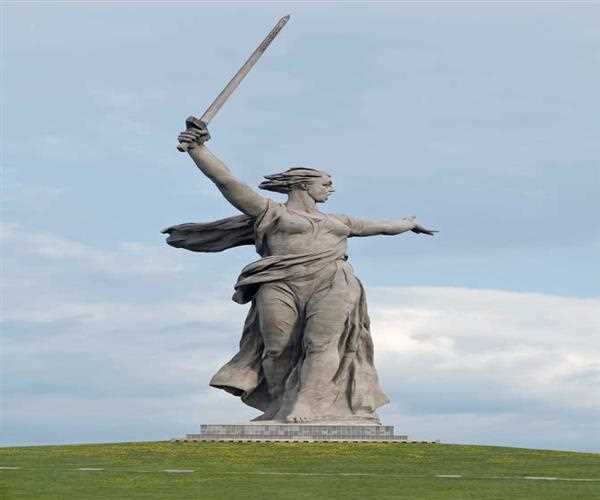 Back to Europe, Russia. The Motherland Call is an 85-meter high cement statue,

in memory of the Battle of Stalingrad in 42/43. The statue was completed in 1967 and depicts a lady who announces the attack with his sword in his hands. Her posture itself is 'only' 52 meters, so her raised sword towers an extra 33 meters above her!

Initially, her sword was made for eternity, it was made of stainless steel. However, stainless steel proved too heavy, and the forces of winds around the image too strong. That is why the sword was preventively replaced in 1972. The image experienced even more adversity in 2009 when it seemed as if it would collapse due to rising water. The image is said to be slowly sinking (it is already 20 centimeters out of lead). Fortunately, the construction was restored in 2010 and the statue can now be viewed safely again.

The name 'the motherland calls' is actually a meager translation of the original title. The Russian word for motherland comes from the word 'birth' and can also be translated as 'place of birth'. So basically there is something like 'the country where I was born is calling'. 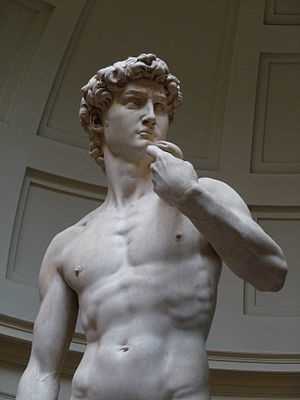 Who does not know the statue, the David of Michelangelo Buonarroti, which was made of marble somewhere between 1501 and 1504. The statue is no less than 5.17 meters high (we can include the pedestal in that!) And, as the name suggests, suggests David. David of the Bible, to be precise, who is about to attack the giant Goliath with his loaded pendulum (casually thrown over his shoulder).

The construction of the image shows that Michelangelo had great spatial insight. The upper body is on the large side because Michelangelo knew that the image would be viewed from the ground and that it would, therefore, be seen in perspective. To keep everything visible, he made the upper body a little bigger.

The statue was originally on the Piazza Della Signoria in front of Palazzo Vecchio, in Florence, but it was badly affected by weather conditions (of which the acid rains caused by man were no small part!). That is why David was brought inside, and nowadays lives in safe atmospheres in the Accademia. A replica has been placed on the Piazza to fill the void.

All the statues above have a great impact on human history. Each of them is unique in their own way.

For more visit us - marble handicraft in Udaipur