Dragonfly: A Search Engine by Google

The Search Engine is being prepared on the basis of instructions and terms given by the Chinese Government, and Google is trying to follow each and every word. Initially, the Search Engine App is designed in such a way that it ‘links user’s phone number to their search query. Even the various Websites who publish information about Human Rights, Freedom of Speech, Democracy, Religion, and many other issues which have been typed caste as sensitive by the Chinese Government will be banned in the search. In addition to this, it won’t notify searcher that the information they want has been censored.

Google has studied the requirements of the user of China, so for that Google is focused on introducing the Search Engine Mobile Application first. As about 97% of China population go for mobile searches first then on the other medium of searches. In addition to this, the Google CEO Sundar Pichai has claimed that the Search Engine will provide results for 99% of queries by Chinese citizens and leave only 1% of queries unanswered.

The main motto of Google to re-enter into the China Market is that China is having a huge number of Internet users and Google wants to cash this and trying an initiative to get in the market. In spite of that analysts think that Google had to struggle to meet its revenue goals in the China Market, whether it comes with a Dragonfly Search Engine or a different model. Google has missed out about 8 to 9 years of China Internet Market and Chinese users, so making advertising a strategy to generate revenue would be very difficult at the initial level. As well as, Google will have to face competition with the established local Search Engines. 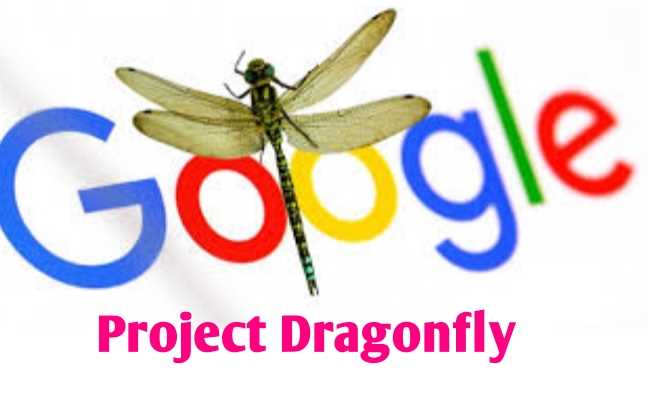 Criticism and Internal Disputes in Google

Google project Dragonfly is now facing huge criticism, mainly from Google Users and its Employees. Soon after, a news breakout by The Intercept leaking details of Dragonfly project. More than 500 Designers, Managers, Engineers, and other staff from all the global Google offices have signed an open letter to stop the Dragonfly Project at ‘Medium.com’. These employees are demanding Transparency, Clear Communication, and Real Accountability by the Company Leaders.

As Google said Privacy Reviews are Non-Negotiable. But the person in charge in Google for creating privacy reviews for the Dragonfly project said, his team was also excluded from meetings about the project. The search engine will hamper the data security of its users. It might give access to customer data to its domestic partner as well. It works as a type of widespread surveillance in China. A Google Engineer responded over this and wrote, ‘the Red Line’ for initiating the strike will be crossed if Google launches Dragonfly without doing a thorough Security and Privacy Review’.

In addition to this, The United States Politicians has also said about project Dragonfly. U.S. Vice President stated that, If Google launched the Dragonfly Search Engine then it will strengthen the Communist Party Censorship and compromise with the privacy of Chinese customers. Not only the politicians but also the employees and many people think that the Dragonfly Search Engine has the power to do more harm than good.

According to The Intercept, there is a possibility that the Dragonfly project might have been shut down due to clashes between the members of the company’s privacy team.