Home > DeveloperSection > Articles > How AI is Improving your Smartphone Photography

How AI is Improving your Smartphone Photography 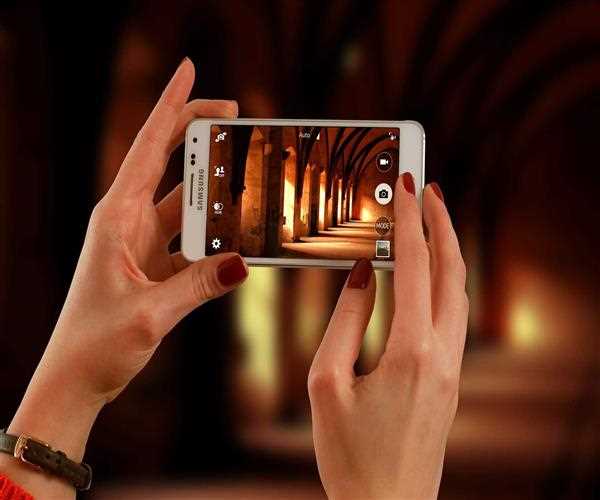 Artificial intelligence is seeping its way into practically every aspects of our daily lives. While A.I. is being used in incredibly complex manners to improve businesses through forms like big data analysis, the rate at which it's increasing is making it more accessible for just about everyone. When you ask your virtual assistant "Call Amy" and receive immediate results, that's due to these increases in artificial intelligence. But it's also changing how useful the cameras that come built into our mobile devices are. Here's how.

When cell phone cameras first entered the market, there was concern in the world of photography that selfies would be the death of professional photography. Some artists were concerned that the sharp eye and training that photographers spend years developing would be deprecated by a flood of poorly formatted amateur photos documenting someone's weight -loss transformation or their photo series on how to stop sugar addiction. And while that hasn't happened, they perhaps should have been concerned that cameras would close the gap in proficiency.

Because while artificial intelligence is still a long way away from understanding the emotional or artistic context of a photograph, the ability to recognize well established composition parameters like the rule of thirds and filling the frame are becoming increasingly easy to program into a phone's AI. Google has already programmed an AI that can edit landscape photos more effectively, and you can expect to see them more readily integrated into cell phone cameras as the technology becomes perfected. And then there's scene recognition, which takes a number of variables like lighting and subjects and points the eye towards where it needs to be.

Digital photos are about more than just creating good shots. They help us connect with the people and things they love, but A.I. development could promise a future where users no longer have to manually tag their friends and family. Through the use of facial and object recognition, artificial intelligence is increasingly more capable of tagging and categorizing aspects of a photo and making them ready for prime time. This same level of technology can be seen in Shutterstock's recently implemented Composition Aware AI. While it's not integrated directly into cameras, this impressive piece of technology can identify for the location of specific objects in specific parts of the photo and produce results with a simple user search. This sort of technology could be used in future phones to properly categorize phone galleries, creating a smarter approach for organizing your photos, making it easier to share your photos, and even helping you get a shot that puts everything in proper perspective.

Composition isn't the only aspect of photography that required a practiced human eye. Just as important was finding the right balance between color and lighting, and that's another component of the photography process where artificial intelligence could lend a helping hand. Skylum Software is one of the leading companies in perfecting photo editing processes that are guided by artificial intelligence, and they've made some extensive developments in the past few years.

In terms of digital photography, adjusting lighting and color was traditionally handled by multiple sliders, but Skylum's Luminair software is condensing the process into a single slider. Instead of forcing you to tweak elements of the photo like saturation, contrast, and luminosity with their own distinct sliders, these smart sliders take into account the rules that photographers follow and condense them into a sole algorithm-assisted slider. While this has yet to become the norm for smartphone cameras, we can expect it to become an accepted standard as that technology develops. Then there's Skylum's Photolemur software, which does away with the need for sliders altogether and adjusts lighting automatically.

Photos have become an essential component of any major smartphone, and manufacturers and developers will undoubtedly be chasing the latest tech to hold on to their market share. And while higher quality cameras are one of the best ways to draw in new customers, there's little doubt that artificial intelligence will be leading the path towards smarter smartphone cameras.