5 popular Korean webtoons will be made into movies this year 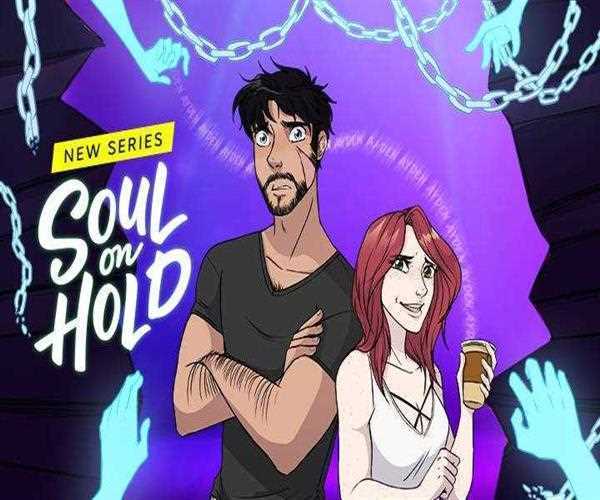 These Korean movies projects adapted from this webtoon are expected to stir the small screen in 2019.

Perhaps every comic book fan is curious about what his favorite series will be made into a movie. On the comic forums, the topics to vote on which actors or actresses to play in the stories have always attracted the attention and comments of the majority of netizens.

To please the webtoon fan community, a number of comics are being adapted by Korean producers in 2019.

After the male and female roles are more popular than the male lead in "Cheese In The Trap", Seo Kang Joon's name is officially upgraded to a new level. Although escaping from male and female lives, it seems that after the "Trap of Love" the actor's acting career is not very smooth. A series of his leading roles have not yet resonated. Coming soon, "deer-eyed guy" Seo Kang Joon is officially back with a popular webtoon adaptation called "Close as Neighbors".

"Close as Neighbors" is a story that many boys and girls will encounter in life. Friendship between men and women is difficult to maintain simply because one day two people will fall for each other.

In "Close as Neighbors", the two main characters Han Woo Jin and Do Ga Young are close friends from the high school years. The surrounding people often wonder about the couple's close relationship but both of them still insist. they are just friends. After entering the same university, Han Woo Jin enlisted in the army to perform military service. Two years later, Woo Jin returned from the army, his close friends became as close as ever, but from there, Do Ga Young began to develop feelings for his best friend for many years.

Although not much has been disclosed yet, with this never-out-of-date film "friendship is not friendship", "Close as Neighbors" is predicted to be one of the most desirable webtoon manhwa movies. wait most this year.

Adapted from the webtoon of the same name, "The Sharehouse" is about the guy Kim Ji Woon born and raised in a model family with his parents as a lawyer and a doctor. While working for a big company, Kim Ji Woon suddenly quit his job and cut off contact with his mother to go to work ... butler.

Not only taking care of the house, this guy also provides advice to solve the problems for the women in the families that Ji-Woon comes to work. Among those customers, Ji Woon encountered Lim Da Young - a young girl who is struggling to fulfill her dream in the advertising industry. And from there the love story between the clean-looking butler and the sultry trainee began.

The small screen audience is no stranger to Ha Seok Jin after the difficult director role in "Sparkling Office".

With a feminine body and face that is very feminine, it is impossible to imagine Ha Seok Jin wearing a clean cooking apron.

Having been in the short drama series' Lingerie Girls' Generation, 'I hope the beautiful female idol Bona can leave a mark in the hearts of viewers with this role.

The film is scheduled to air on KBS in May

3. The Good Manager
In early 2019, the giant Netflix officially announced that it will be made into one of the most famous Korean webtoon - "The Good Manager" and released in 2020. This is the action marking the first steps of the attack. into Netflix's lucrative Korean drama market.

"The Good Manager" is a Manhwahentai-style webtoon, it revolves around an application that will notify users when someone likes them within a 10m radius

Although there is no specific information about the actor or the time of the broadcast, but under the hands of director Lee Jae Moon - the father of 'Misaeng' and 'Signal', 'Love Alarm'. Definitely a movie worth waiting for.

"Mr Kang" will air in May 2020 on Kbs right after IU's "My Ahjussi" IU ends. The film also marked the first time that the screen charm of Park Min Young and Park Seo Joon.

Park Seo Joon will play Lee Young Joon, the heir and vice president of a large corporation. Despite the handsome appearance and sharp business mind, Lee Young Joon's "fascist" personality makes not many employees can tolerate this man.

Park Min Young has recently officially confirmed that he will play Kim Mi So, Lee Young Joon's 9-year secretary. Suddenly a beautiful day Mi So decided to leave her job, leaving the boss difficult with a big question mark. Since then, the pure working relationship between Mi So and Young Joon gradually develops into love.

The female lead was given to the rom rom queen - Park Min Young.

The film also has the participation of idol group member 5urprise - Lee Tae Hwan as the romantic writer who steals women's hearts.

2PM member Chan Sung also participated in the movie as the male employee of the male group.

Cosmetic surgery is always a hot topic not only in Korea but also in many other countries around the world. Taking advantage of the attention of the people on this topic, JTBC is in the process of discussing the conversion of webtoon manhwa "My Aunt" into a film this year.

Kang Mi Rae - the female lead of "My Aunt" is a girl with an ugly appearance, so Mi Rae always has low self-esteem and becomes a victim of bullying at school. Going to university, she decided to have cosmetic surgery and appeared with a completely new face.

Thought to be beautiful, life would be better, but Mi Rae began to be ridiculed by people as "Gangnam Beauty" - a phrase referring to girls as a product of plastic surgery. Among her college friends, Do Kyung Seok is the only guy who doesn't judge her appearance but really cares about Kang Mi Rae for herself.

Many fans of the webtoon are extremely happy when many Manhwahentai style comics are adapted more and more in 2020. Hopefully these works will conquer global customers so that the Webtoon wave is growing up.