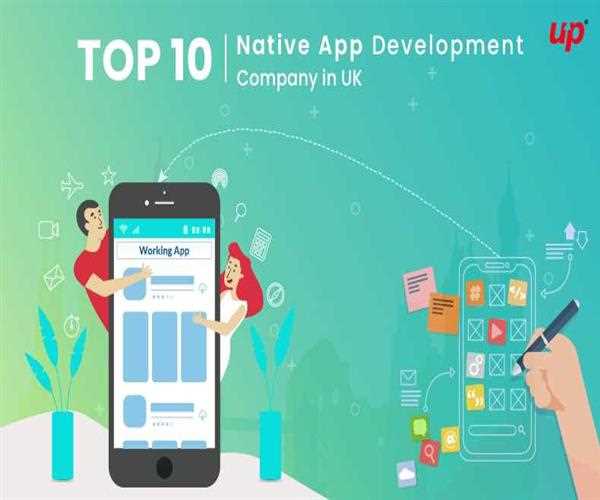 With reduced cost, platform-specific apps, the amalgamation with technologies like React, Kotlin, Flutter, Java, Swift, Objective-C and many more could be used to develop high-end native apps. Through this article, we have provided the list of Top Mobile App Development Companies which have accumulated great success in the past few years in the UK, and around the world. 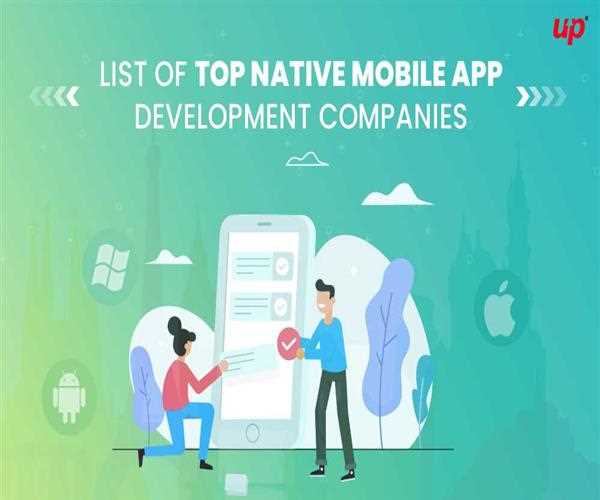 Fluper has been a leading Top Rated Mobile App Development Company in the UK for the past few years. Being an IBM, NASSCOM, partner as well as a highly recognised ‘platinum App Developer’, the company been highly ranked since 2013, the year of its inception.

Some of its clients include Grab, Careem, Deliveroo, and Lybrate which have achieved great success over the years. The company has developed more than 300 apps for startups, SME and Fortune-500 companies as well and has 5 million user engagements. Its price per hour is 25-50 USD.

It is a global technology services provider and has specialization in bringing innovation in multi-platform software and computer device. It was founded in 2007 and is a top-notch app development company since then.

It was awarded Newcastle Business Awards for the best SME for the year 2016. Some of its clients include News International, New England Sports Network, Financial Times, Statoil, and Mitsubishi. Its Price Per hour is 150-200 USD.

It is a web and mobile based solutions provider founded in 2007 and based in the UK and USA. They operate from offices in London, New York, and Chicago. The company has worked with some small and medium-sized companies like GILT, Happify, KeyMe, QuizUp apart from working with big brands like HBO, GLAMOUR, Google, and MTV.

Moreover, it was awarded the Webby Awards, Digiday Mobi Awards in the field of technology and mobile app development. Its Price per hour is 150 to 200 USD.

Mubaloo is one of the best mobile app developers in the UK. The company was founded in 2009 and has HQ at London. Its biggest achievement is being an Apple mobility partner for the past few years, working directly with Apple.

The company has created more than 240 applications to date and is a highly recognised developer on Clutch. Meanwhile, its price per hour is 150-200 USD.

Magora develops B2B and B2C applications and software with innovation and authenticity. The company was founded in 2010 and has been a leader in mobile and web application development since then.

Originally based in the UK, it provides its services to more than 200 clients from all parts of the globe. Some of the clients of Magora include Unilever, Cisco, Toyota, Verdana, etc. Its Price per hour is 50-100 USD.

The company was founded in 2009 and is a renowned mobile app design and development company in the region. Its biggest achievement was to get awarded as the ‘App Agency of the year’ apart from being the most innovative app developer in the UK at UK agency awards.

Some of their notable clients include the American Red Cross, ASPCA, Boots, and British Red Cross. The company has been involved in various projects related to social issues. Meanwhile, this native app developer has a price per hour of 100-150 USD.

This Poland HQ company is one of the best native app developers in the UK. The company is a known leader in providing native Android and iOS solutions apart from the web and hybrid apps. The company has been recognised by AppFutura, and Clutch for its excellent mobile app development.

Some of its notable clients include coca-cola, Credit Agricole, La Roche Company, La Roche Company, and Zamel. The company since its inception 7 years back has been a top contributor in mobile app development in the UK. The price per hour of the company varies between 25 and 50 USD.

Founded in 2013, the company specialises in building iOS, Android and Web mobile applications for various domains. Their services range from branding and market research to UI/UX design, and development using the most advanced tools.

Some of its clients include Xendpay, Shell, The British Army, BuzzHire, Holiday Swap, and Twine. Moreover, the price per hour of the company varies roughly between 50 and 100 USD.

The company based in Romania could not be separated from the list. Since it founded in 2013, the company has been providing native and hybrid Mobile App Development, apart from strategising product, to marketing it.

Some of the industries they cater include Recruiting, media, real-estate, productivity, B2B management, etc. Some of its clients include Honda, Denza, Protiviti, Vias Wine, Imobiliare, and FlyCleaners. Its price per hour varies between 25 and 50 USD.

The company based in Leeds was founded in 2014 and has made leaps and bounds progress in mobile app development. Whether it is game development, or new technologies like AR, and VR, their products are ranked highly among businesses.

Our effort is directed towards providing you the right list of companies who have achieved some success. Though the order may vary from person to person, we hope you will be able to make a worthy decision in your mobile app development requirement.

Have a Mobile App Development idea? Contact us to book a free consultation now.