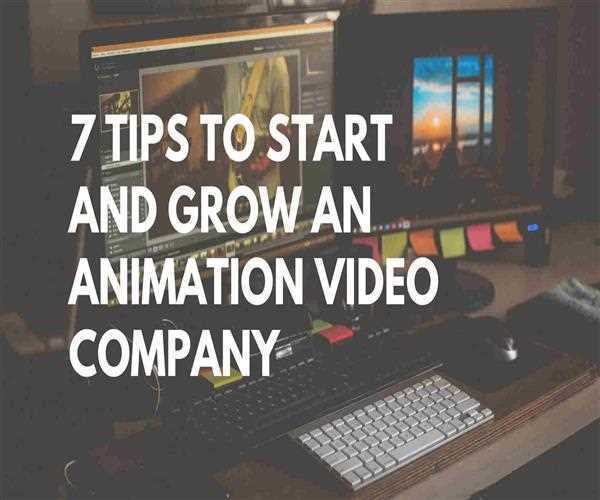 You've probably seen how those witty, animated videos that usually last a minute or so, promote a certain brand or service. Or you've come across a pop-up ad or a recommended post on Facebook.

The fact is, animated videos are viral and they're successful in their purpose ‒ to drive in the conversions and increase the sales.

Over the last couple of years, there's a huge the shift towards visual content on various social media platforms. In Facebook alone, there is an average of 8 billion video streams daily. The facts don’t lie ‒ compelling pictures and videos are more likely to be remembered than words.

As more and more users prefer video content to words, it led to the explosion of video marketing. This caused several companies to update their social media marketing strategy to adapt to the need.

Videos and animations became a powerful tool to influence sales more than its counterparts. Of course, you need the right tools to fit your animation needs. Luckily, there is a lot of free animation software on the internet that you can take advantage of.

Crafting an animating video has its staying power. Here are some of the best reasons why animated videos work better than other types of visuals:

Do you know that almost 50 percent of users access the internet using their mobile phones?

As attention spans are getting shorter and shorter, videos and animations are effective in conveying longer messages on a small screen. It also allows your audience to relax as it doesn't take too much effort on their part.

Emails that are sent with a video attachment have the chance of greater success. An image paired with an attractive arrow or call-to-action is one of the most effective tools in driving traffic. Videos in email have higher click-through rates as well when it comes to sharing and forwarding.

Lately, Google has been changing its algorithm in an attempt to counter websites that have poorly written, keyword-rich texts. Instead, it rewards sites with higher dwell times with higher rankings.

So, gone were the days wherein people are stuffing texts on their websites with keywords. Website owners and marketers now prefer to have a compelling video on their homepage to make people stay a little bit longer.

More and more individuals, brands and companies are setting up websites, social media platforms, and phone applications to establish their online presence. Explainer videos on social media are a great way to engage visitors and convince them how easy it is to use a particular product or service.

Animation makes the learning process easy enough to understand, and can even turn a tedious technical process into an appealing one.

Online businesses can promote their company, products, and services in a variety of ways.

Coming up with a captivating animation feels like having the perfect salesman growing a site 24 hours a day. Moreover, most companies also take advantage of using animation in their video sales letter. Also known as VSLs, these tend to be longer in duration. That's why it's essential to keep the viewer absorbed and engaged as possible with the content.

According to Buffer, 55% of users only spend 15 seconds on a site before deciding to move on if the content isn't compelling enough.

A powerful animation can form a connection and resonate with the viewer on all levels (emotional, visual, and audio). But we all know that building a connection that makes a lasting impression with an audience isn't easy.

Here are some actionable advice in planning your own animated video:

Proper Identification - Whether asking the audience a question or pinpoint a particular issue, viewers need to relate to it on a much deeper level, to resonate with it in some way, for them to finish watching the entire video.

An effective way is through storytelling. If there are characters in the video that act out a story, it easily makes it relatable to others.

Set Goals - What's the purpose of the video? Always place yourself in the viewer's shoes. Instead of focusing on making a big sell, let viewers reach you by using a specific call-to-action in the end.

The Length - Don't include every bit of information in the entire video. Keep it sweet and short. People have only a few minutes to spare ‒ ideally, in less than 90 seconds, as the viewer's attention start to drop after that.