In the segment of gadgets and smartwatches, giants and startups are simultaneously fighting for a place in the sun, unlike the smartphone market, where we mainly see Google and Apple. At the same time, the positions of Android Wear, which is chosen by players who do not want to develop their own OS, are far from the leading ones.

The reasons for this are many. Samsung has released not the first generation of watches and managed to cope with many errors. Apple entered the market last, quickly managed to take a larger share with a fairly high-quality, but quite expensive product. Before the budget buyers a huge selection of different bracelets opens, the functionality of which partially overlaps with the watch.

Against this background, Google does not show much activity in the development of its OS. With the release of the new LG watch, the long-awaited release of Android Wear 2.0 took place. 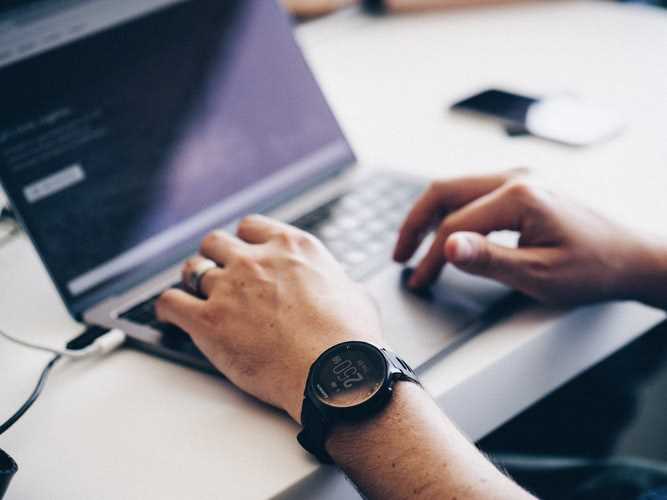 Today we will look at the main changes brought about by this update, which will be quite enough to assess the potential of Wear 2.0. Since LG Watch Style and Watch Sport have not yet reached the editorial office, we will do this on the example of Huawei Watch with Android Wear 2.0 Developer Preview (NVF41U).

The first thing that catches your eye after installing Wear 2.0 is the updated interface as recommended by Material Design. In most cases, the dark design is now used, the white fill almost disappeared from the interface. Considering the fact that many watches use AMOLED and OLED screens, the change is useful because it will save a little battery power.

The second innovation is the updated principle of managing the clock. Now simply pressing the main physical key is responsible for opening the list of applications, turning on the backlight or returning to the main screen. Holding the button launches the voice assistant.

Swipe from the top edge of the screen can open the updated curtain, where the battery charger, the screen brightness mode, and other options are displayed. All shortcuts are immediately on the screen, you do not need to scroll the list to the left, as it was before, respectively, the desired action can be performed faster.

The program menu scrolls with circular animation: on the left is the icon, then the name of the application. On the old clock, it has become more convenient to view the list of programs, less useful information is locked with a finger.

In the new Android smartwatches from LG, everything is even better. The central key has become a “crown” similar to the Apple Watch, it can be used to scroll through lists, notifications, zoom cards. We hope that the rest of the manufacturers of watches on Android Wear also realized the advantage of mechanical controls over the touch screen and present similar solutions.

As before, the return back is done by a swipe from left to right.

The appearance of the notifications was also updated, they became more informative. Incoming notifications open to full screen, you can swipe them to the left or right. For many, one quick action is available, for example, responding to a message or sending a letter to the archive.

Tapnuv on the notification can be opened completely. As in the panel with switches, all options are now collected on one screen, you can immediately send to the archive, delete or reply to a letter (for example), quickly choose between answer options with voice, Emoji or using the keyboard.

Yes, Android Wear 2.0 has a full-text entry for one language. This can be either a manual input when you draw a letter on the treadmill with your finger or a QWERTY keyboard. Despite the fact that the keys look tiny, this solution is quite suitable for typing a short reply to a message. There is no need to aim at separate keys, the prediction works similar to Swype and Fleksy keyboards.

The logic of the notification list changed a bit. Previously, the “top” of the notification was displayed at the bottom of the screen - it looked not too nice, but informative. Now the new notification is simply displayed for a few seconds at the moment it is received in full-screen mode, and then it is hidden. You can find out that there are missed notifications in the list only by checking their presence.

Upcoming calendar events do not fall into notifications, only current ones. A complete list of events can be found in the "Agenda" in the general application menu.

The new version of the OS expanded the capabilities of the dials. Now they can display information from the applications. With swipes from the right and left edges of the screen, you can quickly switch between several dials, choosing the right one for a particular place (work, room) or time.

We can say that smartwatches on Android Wear 2.0 have become noticeably “smarter”, now they can be used in isolation from the smartphone. The clock has its own version of the Play Market, you can immediately search and install the necessary applications, update them right on the clock. Some of them will be able to work completely independently, some will require a corresponding companion on the smartphone - everything will depend on the implementation of the built-in modules.

Support for such programs makes the watch a little more interesting for iPhone users, expanding their functionality.

Since the most popular features of smartwatches are reduced to showing notifications and fitness, activity tracking, the updated version received a new Google Fit app.

The type of displayed information has changed, it has become possible to set different goals, the available number of training types has increased. For example, you can set goals not only to take 10,000 steps a day and move 60 minutes but also run three times a week. In training mode, you can track not only running but also cycling, pushups and other activities. Depending on the available sensor set, the information collected and the Fit functionality may differ for different hours.

Against the background of past versions, the Android Wear 2.0 update looks quite large. Google managed to significantly improve the basic functionality: it became more convenient to work with notifications, many actions now require fewer clicks, and with new watch models you will probably have less to turn to the touch screen; did a good job on the functionality of the default Google Fit.

The ability to work without a smartphone, greater functionality of the installed applications will make it possible to make a standalone smartwatch from the gadget (if we are talking about models with LTE, GPS, NFC), a kind of wrist smartphone - this may interest advanced users, and in general, the update will definitely be appreciated by those who already voted for devices on google platform.

In this case, Android Wear 2.0 can not be called a revolution, the company is just catching up with Apple and Samsung. Perhaps this will stir up the market a bit and manufacturers will be able to offer new, more interesting models. But after solving simple problems with ease of management, I would also like to see improvements in the operating time of such gadgets.