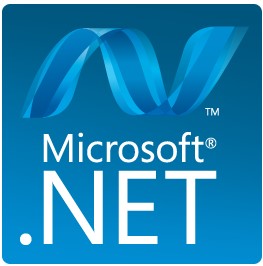 .NET framework gives a platform that provides all the tools, services & technologies you need to build Networked Applications, console applications as well as Distributed Web Services and Web Applications.

.NET is a collection of programming support for what are known as Web services, it provides functionality to use the Web and its features rather than your personal computer for various services. Its primary objective is to provide an individual as well as business client with a seamlessly interoperable and Web-enabled interface for applications usage and computing devices and to make computing activities mainly on Web browser The .NET platform includes servers; building-block services, such as Web-based data storage; and device software etc. It also includes Passport, Microsoft's fill-in-the-form-only-once identity verification service. It is also a business strategy model for Microsoft developed by tech-giant Microsoft. The .NET Framework contains all the languages such as C#, VB.NET, and F#.

It provides all the necessary compile time and run-time foundation to build and run any language that conforms to the Common Language Specification (CLS).The .net framework is a software improvement framework from Microsoft. It provides a managed programming environment where software program may be developed, set up and performed on home windows-based totally working structures.

It is used for the development of various windows application & projects such as:-Console applications

The major design features are:

Base Class Library: A library of code for most common functions--used by

Interoperability: This permits for .net-advanced applications to get right of entry to

Ease of Deployment: There are tools to ensure the ease of installing programs

without interfering with previously installed applications.

Security: .NET based programs are having a common security model.

CLR: - CLR is a part of .net divided into sub parts which perform their own assigned tasks and each part have a different functionality. CLR as the name says it provides a common runtime environment for different languages supported by .net like C++, C#, VB.NET, J# and JavaScript. The code written in these languages is compiled with their respective language compliers like CSC.EXE to give a common intermediate language called MSIL (Microsoft Intermediate Language) and Metadata and the files generated after the compilation are called as PE (Portable Executable Files).

FCL:-It is the collection of all the namespaces and the pre-existing libraries that are available in the framework which makes coding easier for the developer for e.g.