iOS 11 vs Android O: A Comparison 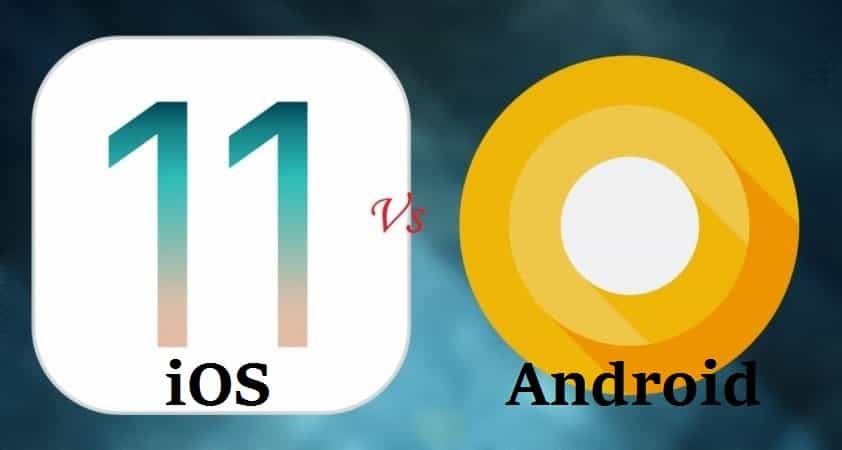 Probably, both Apple and Google are saving some trump cards to be revealed with Google pixel 2 and iPhone 8

The world has digitalized and transformed from mobile to mobile first. The tech-savvy band has taken cognizance of this change. The leading giants Google and Apple have given an in-depth walk through as to what’s booming up this year.

Back this month, Google came with Android O and now Apple came up with IOS 11. Technically, all the mobile devices are going to be armed with new powered features and abilities.

So which one’s winning the race? Now, answering this question can be quite puzzling but yes, we do have one. The nutshell answer is “Android O”. iPhone canoodles will be buck up with weapons for a war but hold on folks, I am not being a snark here.

Google is a master blaster when it comes to AI. Now this includes every tit bits from Google assistant to copying Wi-Fi password while pointing the camera to it.

Well, on a contrary, Apple is not a dead fish either, it still has a fair chance to buck up if it can do some wonder in AR instead of mixing virtual items with the real world which is actually very stereotyped.

Probably, both Apple and Google are saving some trump cards to be revealed with Google pixel 2 and iPhone 8. Keeping that note in mind, let’s just take a stroll around the new and flashiest feature lined up in both Android O and IOS 11.

·   Multitasking with the picture in picture mode.

·   Notification dot on the app icon when something new flashes into it.

·   Auto-fill will fill your device with the self-fulfillment of username and password of the apps which are used on the go by the user.

·   Security tightened with vital feature along with prolonged battery life by stopping the apps from running in the background.

·         DND while driving, this feature sends a message to the one texting or calling while you are driving.

Yup, both of the leading tycoons have them. Siri as we all know Apple already have and Android assistant and now also the Google voice search. Well, there is a chunk of updates to make it superlative and ahead of the competition. Siri now also have a male voice to resolve your queries.

Well, Google assistant is a step ahead and can recognize objects and you can type queries relating to those objects if you don’t want to speak them. Say for example you are at a family dinner and your entire family is discussing a specific dish that’s delicious and you are unaware what’s the name of the dish is. Just point your phone towards the dish and ask the name, ingredients and all that you want to know. Isn’t it amazing? Decide yourself now who wins.

Apple is way backdated with AR and VR as compared with Google. Tango for AR and Google Daydream for VR and the recently announced headset is like a one man army for both of them. Well, Apple asserts that with the new AR toolkit, it’s going to be largest AR platform all across the globe. For now, again Android O will supersede but the actual winner will be declared with the actual launch of the AR toolkit of Apple.

Apple pay is the star of the league with eased up the payment system through iMessage right from your iPhone which can also be transferred to your bank account. On a contrary messaging on Android is just texting limited and for payment, you will have to download a different app. Hands up with this feature, there is no divergent ways as to who’s the winner, it’s for sure IOS 11, Android O stands no chance here.

Also read: Android Go is a lightweight version of Android aimed at budget