Home / DeveloperSection / Articles / Why companies are switching to Office 365 from Google Apps?

Why companies are switching to Office 365 from Google Apps? 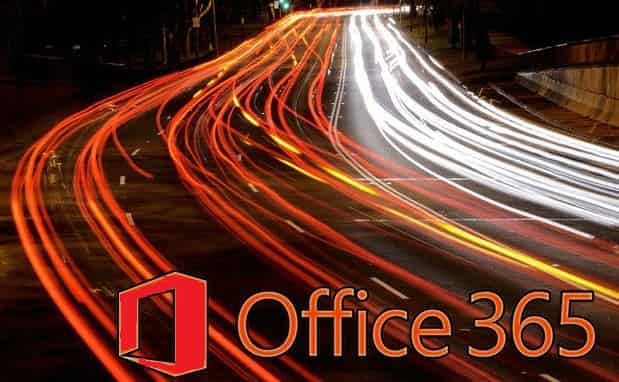 The early adopters of Google apps are feeling disappointed due to lack of progress. Since, Microsoft Office 365 is a combination of familiar software and enterprise-class support, it is more prominent among the users.

Increasingly, Microsoft’s strong Office 365 performance is coming partly at the cost of Google Apps. In the past, Motorola also decided to move from an old version of Office to Google’s cloud service bucks the more common trend of companies who have been using Google Apps switching to Office 365.

Not only Microsoft is saying that Office 365 is growing as COO Kevin Turner claimed that four out of five Fortune 500 companies use the service., the Cloud Security Company, Bitglass stated, last year, traffic analysis gave Google with 16.3 percent of the market which was twice the market share of Office 365 among its customers; this year, it goes up by 22.8 percent as more companies switched to cloud services. But in the same year, Office 365 grew far faster, from 7.7 percent to 25.2 percent. A little bit advantage is with Google from small businesses with 22.8 percent to Microsoft’s 21.4 percent but in large, regulated businesses that has over 1,000 employees, the share of Microsoft is 30 percent that is twice that of Google and is growing fast.

Office 365 is even more popular with the 21 million customers of Skyhigh Network’s cloud security services, where 87.3 percent are using Office 365 services, with each organization uploading an average 1.37 terabytes of data to the service each month.

There are some geographical differences in the popularity of Office 365 and Google Apps in the customer base, with APAC currently a Google stronghold.

Office 365 is the most commonly deployed application among its customers, beating even Salesforce and adoption is growing faster than any other cloud applications. This is the cloud service mostly used by the customers, possibly because that usage includes all the send and receive of email users.

The picture is a little different in different parts of the world and across different industries. Google Apps are better in APAC, but that may change in future as Microsoft builds out new data centers in the region. The technology is the only industry segment where Google Apps has more share than Office 365 are in media, Internet and software companies.

“There are different dynamics that matter based on the company size,” McKinnon points out. “Large companies need manageability, security, reliability. This acceleration couldn’t be seen for Office 365 in large companies without Microsoft doing a lot of work in those areas.”

The majority of new Office 365 customers are moving from on-premises, but also the companies that have already purchased Google Apps for Business are moving to Office 365. Microsoft claimed they won back 440 customers in 2013, including big names like Burger King and Campbell’s, and the trend is continuing. Some of that may be the halo effect of the Office 365 growth making companies that picked Google Apps question whether they made the right decision. But often, it’s because Google Apps itself dissatisfies.

The simplicity of Gmail and Google Docs clearly appeals to some users, but as one of the most widely used applications in the world, the Office software is familiar to many. The user interface really matters, once you use these products into companies. For email, the UI also matters. Google Apps is dramatically different from Office and that’s pretty jarring for people who’ve been using Outlook for a long time. It's like it beamed in from outer space; you have to use a browser, the way it does conversations and threading with labels versus folders, it's pretty jarring. 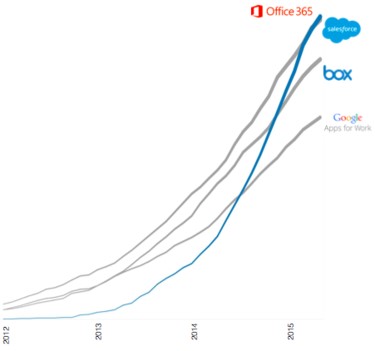 Cloud security identity and security services find that Office 365 is gaining popularity with their customers; this shows the growth in Office 365 adoption among the users.

And many customers reported that it is difficult to use Outlook with Google. Some companies, they go to Google and they think they are going to make it work with Outlook; they find out that it just doesn’t work as well, when they use the calendar app with the Google Apps backend as it does when you’re using Office 365. The user interface is so important that it pulls them back in .

13-Sep-2017
Thanks for sharing this article. I found another article relevant to this topic. I would like to share it with the users.
Please check out the following URL:
https://www.bebee.com/producer/@sandra-diaz-india/why-companies-are-switching-from-google-apps-to-office-365-suite