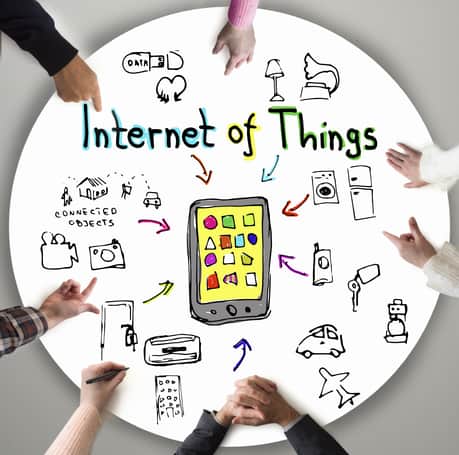 The survey report’s data has forecasted that in 2020, there will be about four devices per person and the per capita device would increase to nine, by 2025.

The world population will reach 7.76 billion by 2020 according to IHS Markit’s latest study and there will be more than 30.7 billion IoT devices in the same year. The survey report’s data has forecasted that in 2020, there will be about four devices per person and the per capita device would increase to nine, by 2025.

From a distant view, it seems clear that digital transformation is going to make life simpler, easier, and smarter. But, when one takes the microscopic perspective, it is fairly concluded that security threats are directly proportional to the population of IoT devices.

Security Is Always At a Big Risk in the IoT Ecosystem

The world is today, engulfed with millions of software, and also a good number of them are either infected with viruses or are hardly strong to protect the IoT devices. Similarly, a great percentage of hardware is making the individuals and institutions a soft target for the hackers. These wide ranges of internet-connected devices create access points that have not only brought the people around the world closer but have also made it easier for the hackers who not only sneak into people’s computers or mobile phone but every big or small device, if it is connected to the internet. Thus, security is always at a big risk in the IoT ecosystem.

Problems are contagious that spread within unprotected Device2Device (D2D) contacts in the cloud-based IoT sphere. That’s why the White House didn’t show any hesitancy when it issued an Executive Order in April 2015. At that occasion, Former President Barak Obama declared a national emergency to deal with IoT security threat. Following Barak Obama’s bold step to curb the threats, Malcolm Turnbull, Prime Minister of Australia, also announced cyber security as “the new frontier of warfare and espionage”. Security is not only a challenge to Australia or America but to the entire world which is adversely affected by the diabolical attempts of virtual criminals.  In 2016 alone, more than 3 million debit cards were breached, and Twitter accounts of many public figures were hacked with much ease.

Technology triggers the social and economic growth of the countries though problems persist in developing better solutions. It is the common belief of a majority of security experts that 90 per cent of the hacking incidences/attempts can be dodged very easily with basic security practices such as stronger passwords of e-mail accounts and net-banking, Multi-Factor Authentication (MFA) with protocol level decoding, regular up-gradation of software and router firmware, Advanced Persistent Threat Protection (APTP), and IPS/ Firewall.

In addition, using tried and tested security solutions, and taking adequate precautions while sharing important information of social media channels is another smart way to protect confidential data and information from the trespassers. But, keeping oneself updated about the latest security trends in the IoT world should be the habit of every IT security personnel in business enterprises and government institutions. Fortunately, revolutions in Artificial Intelligence and Big Data Analytics have blessed the IT Security industry with some incredible security tools in the last few years. Hence, the future of IoT is more secure than ever.

Also Read: No One Can Realize the Dignity of The Internet of Things!!!